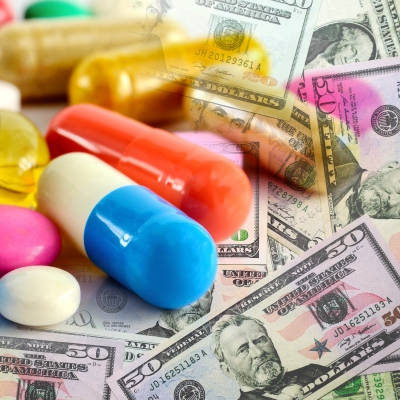 This post summarizes a Harvard Business Review article entitled “The New Logic of High-Tech R&D“, written by Gary P. Pisano and Steven C. Wheelwright. The article focuses on the revelation that few companies within the pharmaceutical industry view manufacturing and process improvement as a competitive advantage. The authors assert that manufacturing process innovation is conducive towards product innovation. Companies traditionally spend money on product R&D but tend to neglect focusing on process R&D.

For example, Sigma Pharmaceuticals refused to invest significant resources to process development until the company was confident that the drug would win FDA approval. As a result, when demand for the drug increased they could not meet the higher demand without major investments in additional capacity. During this interim ramp up period the company lost two years of potential sales. Underinvestment in process development on the front end clearly put the company in a sub-optimal position to capitalize on additional revenue.

Process development and process innovation provide a litany of benefits. The first of which is accelerated time to market. According to one drug company, the time required to prepare factories for production generally added a year to the product-development lead time. Senior management was unaware of this fact while the managers within the process development organization were fully aware.

Rapid ramp up is also invaluable because it allows companies to more quickly realize revenue, penetrate a market, and recoup its development investments. Also the faster the ramp up occurs the faster critical resources can be freed to support the next product.

Innovative process technologies that are patent protected can hinder a competitor’s push into the market. Pisano and Wheelwright state that it is easier to stay ahead of a competitor that must constantly struggle to manufacture a product at competitive cost and quality levels.

Process development capabilities can also serve as a hedge against various forces in high tech industries. Shorter lifecycles elevates the value of fast to market processes. Semiconductor fabrication facilities can cost upwards of one billion dollars and depreciate at a rapid pace. For this reason, rapid ramp up is very important. Those companies with strong process development and manufacturing capabilities will have more freedom in choosing the products they wish to develop rather than forced to stick with simple to manufacture designs.

Pharmaceutical companies traditionally operated in the following manner. They delayed significant process R&D expenditures until they were reasonably sure that the product was going to be approved for launch. They didn’t delay product launch by keeping the process R&D off of the critical path. Manufacturing and process engineering were on hand to make sure the company could bring on additional capacity and didn’t stock out. Manufacturing was located in a tax haven even if it was far from R&D and process development, while process development was introduced later in the lifecycle in order to thwart the threat of generic competition. Today however, pharmaceutical companies find themselves squeezed by shorter product life cycles, less pricing flexibility and higher costs.

The article states that the earlier that a company makes process improvements the greater the total financial return. It is costly and time consuming to rectify process design problems on the factory floor. The earlier these problems are found in the development cycle the shorter the process development lead time.

Image courtesy of Areeya at FreeDigitalPhotos.net 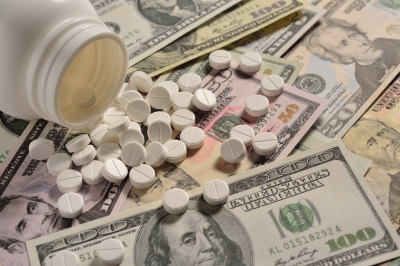 Innovation in the pharmaceutical industry is driven by the protections provided by intellectual patents. In theory, these patents temporarily grant innovative pharmaceutical companies a monopoly over their new product or innovation. This monopoly in turn allows pharmaceutical companies to recoup their research and development costs. Companies are able to reap high margins on their products and thus obtain a competitive advantage in the industry. Pharmaceutical companies that participate in the innovation sector are always under intense pressure to find and develop their next “blockbuster drug” quickly, cheaply and effectively. Those companies who are not able to innovate and bring a successful new product to market will experience financial difficulties. For example, pharmaceutical giant Pfizer Inc. has not produced a blockbuster drug since its introduction of the erectile dysfunction drug Viagra in 1998. As a consequence of not successfully innovating a new product since that time, the company will have a diminishing revenue stream in the future. Generic competitors will begin to steal market share from Pfizer as it loses its exclusive monopoly on highly profitable drugs.

While intellectual property protection can encourage innovation in the pharmaceutical industry it can also hamper innovation. Pharmaceutical companies can easily obtain new patents by making minor changes to existing products regardless of whether the drugs offer significant new therapeutic advantages [1]. Typically, minor changes are made to blockbuster drugs before their patent expiration date in order to increase the lifespan of the monopoly. In essence it is much faster and cheaper to receive new patent protections on these “me-too” products than to innovate and bring “new molecular entity” drugs to the marketplace.

Alternatives to the current monopolistic patent protection have been proposed to help foster more meaningful innovation. A drug prize system has been bandied about in intellectual discussions for some time. Under a prize system, the U.S. government would pay out a cash prize for any new drugs that successfully pass FDA regulations. The drugs would then be put into the public domain thus creating a free market system for drugs. “Generic drugs (‘generic’ being another way of saying the rights are in the public domain) already do a wonderful job of keeping prices down. While the price of patent-protected drugs has been rising at roughly twice the rate of inflation, the real price of generics has fallen in four of the last five years.” [2] The prize system has its benefits in the fact that marketing costs would be significantly reduced as companies would have already been paid an upfront prize for their efforts. Large awards could be provided to the pharmaceutical innovator who produces breakthrough results while smaller rewards would be paid for incremental “me-too” innovations.

A prize system could also help increase the number of innovations concerning critical diseases that affect the third world. Government intervention can help direct R&D resources to areas where the private market has failed to concentrate. Breakthroughs are badly needed in the fight against AIDS or the search to develop a malaria vaccine. Advanced industrialized nations could pool their resources together and decide to create a large bounty for any drug that provides a real breakthrough in this area. The desired end result would be enhanced access to better medicines for the third world. Obviously the prize system would have some drawbacks. One major drawback would be the duplication of efforts encountered by firms that would compete for the biggest prizes. It is possible that R&D resources concentrated on the highest prizes would encourage a majority of companies to compete to be the winner in these races even more so than in the current patent system.

Pharmaceutical companies are heavily dependent upon acquiring patents and innovating in order to compete in the industry. As a consequence, massive amounts of funding are needed for research and development in order to keep product pipelines full. The Tufts center for the study of drug development estimated the average costs of developing a prescription drug to be 802 million in 2001, up from 231 million in 1987 [3]. This estimation includes the costs of failures as well as the opportunity costs of incurring R&D expenditures before earning any returns.

The pharmaceutical industry is one of the most profitable industries in our nation’s economy, thus the companies that develop new drugs are quite content with the current structure in which R&D costs are high. Of course this means that prices for consumers will continue to remain high. Consumers on the other hand need access to new drug products for illness prevention or treatment purposes. Consumers would prefer that prices fall for new drugs while innovations increase. Given the current nature of the pharmaceutical industry this outcome will remain a paradox.

Image courtesy of amenic181 at FreeDigitalPhotos.net